Back in Bangkok and into the fire.

Back in Bangkok after 10 months and right into the middle of anti government protests.
We're staying at our current usual hotel and the streets in front are closed to traffic.
Arriving into Bangkok late at night, our taxi driver dropped us off about a block from the hotel and pointed down a street blocked by barricades, in the general direction of our hotel, and said "danger".
We made our way down the narrow crowded street towards our hotel snaking through what was usually the night market area. Loudspeakers and video screens were set up on the streets with noise blaring from speeches made during the day. 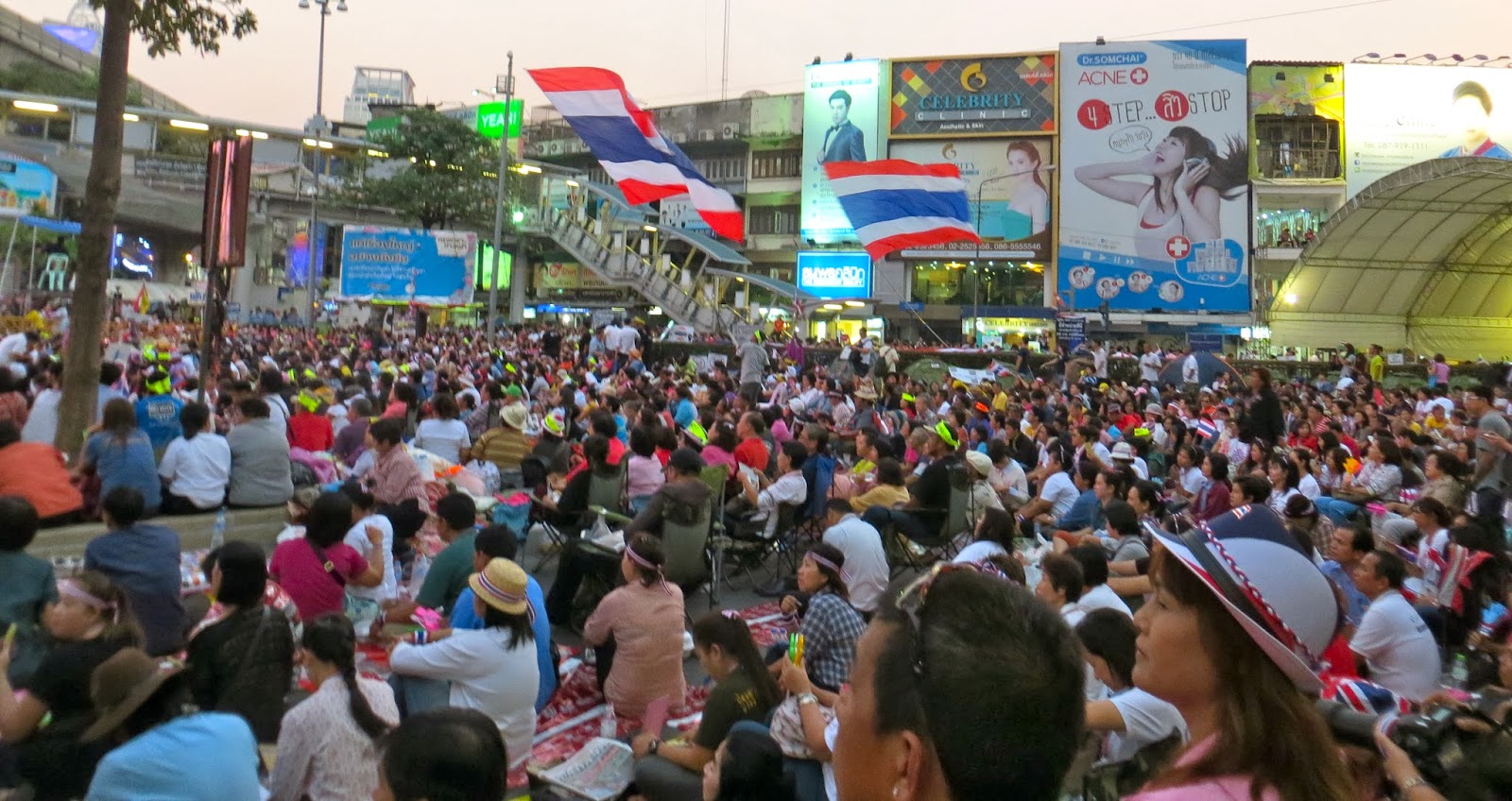 We arrived at our hotel and checked-in unceremoniously.
After the long trip over, we were ready for a good night's rest. Unfortunately the loudspeakers blared into the night. It was probably 2 am when things finally wound down, only to begin all over again at 6 am.
We requested to be relocated on the other side of the building where we would be less effected by the street noise. 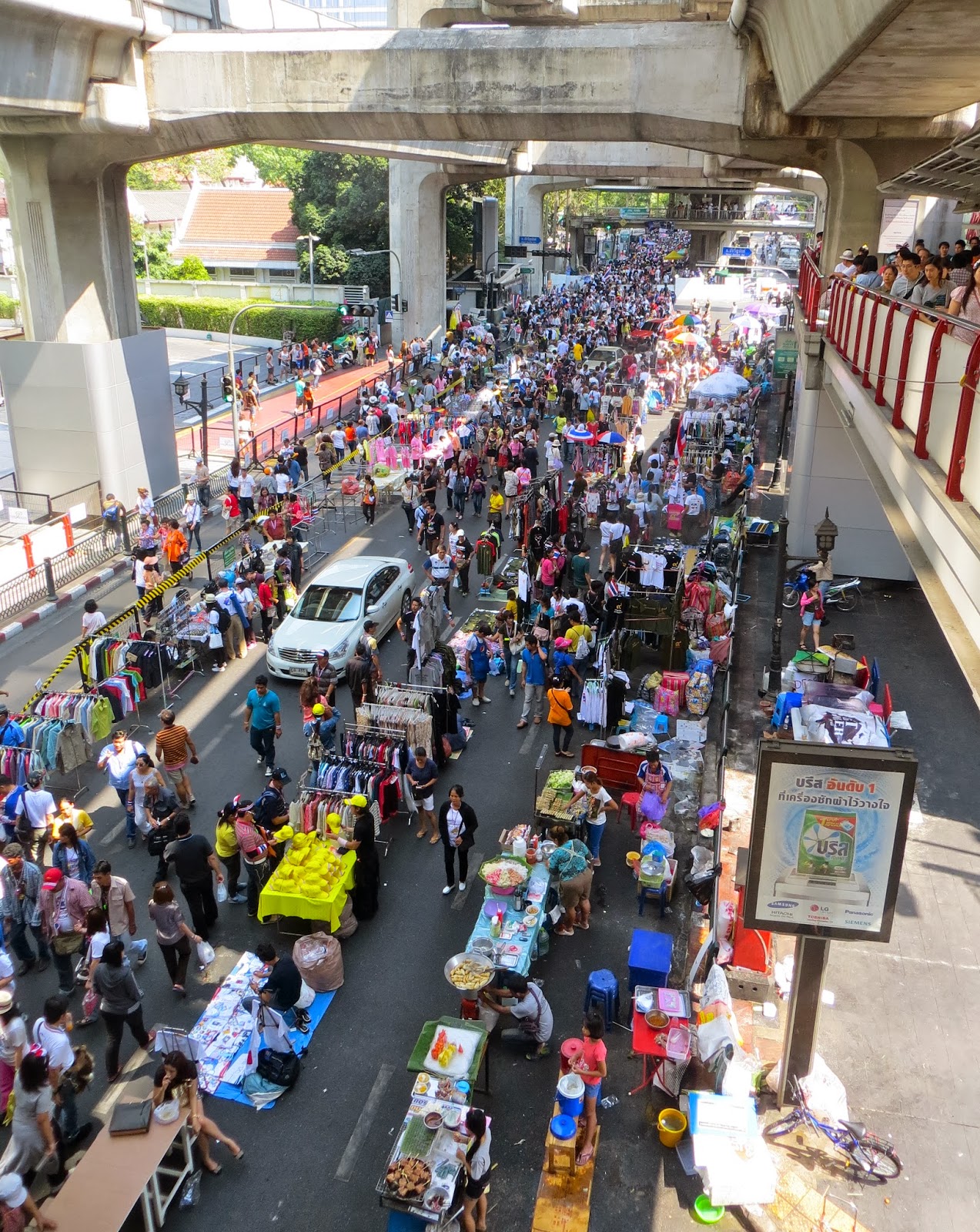 We've probably been to Thailand 10 times over the last 15 years and the political situation has had many flare-ups during the last 8 years. Other than the time the international airport was closed, this is the closest we've been to being effected by the protests.
When we arrived, there were 7 encampments of protestors scattered in key locations around the capital city. Unfortunately for us, one of the main camps was just outside our hotel in the Silom/Lumpini Park area. Thousands of tents are set up at the Lumpini Park encampment. The PDRC's (People's Democratic Reform Committee) planned protests across the capital is meant to pressure the current democratically elected government to step down, which will probably not happen. 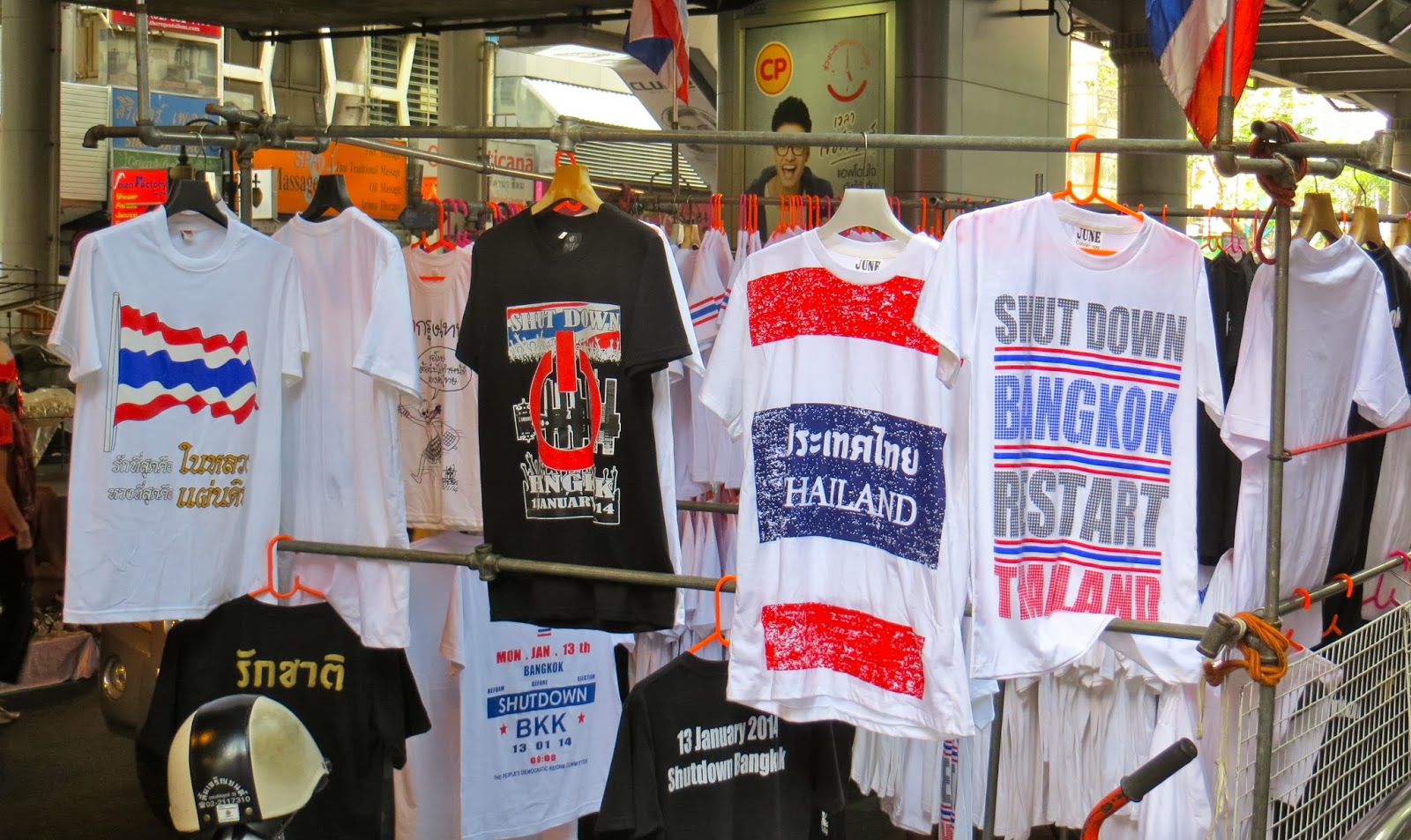 So far the military has shown no signs that they want to step in and police forces, as directed by the leaders of the government, have not moved in to clear out the protest camps.

So the ruling party has called for snap elections which the protestors are vowing to boycott and disrupt.
We'll see what happens next. 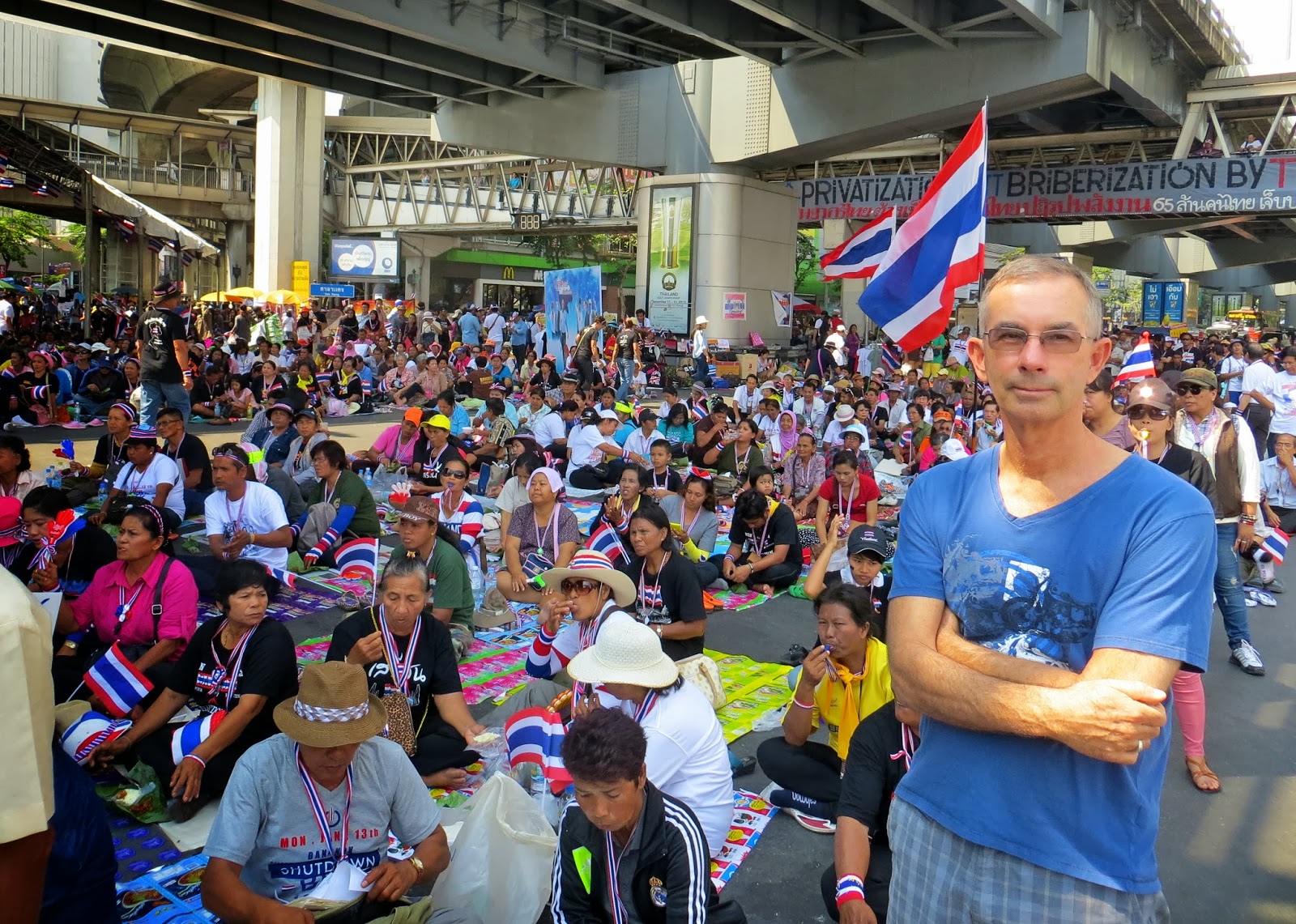